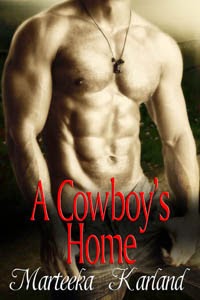 Wild Creek, Texas is home to one Abigail Dupree. This feisty librarian can take on anyone, anywhere, anytime, but Jayce has her completely tied in knots. He always has. Fortunately for Abigail, she's got him just as bumfuzzled. The one woman Jayce could never get out of his head has always seemed unattainable. Not because he couldn't get her, but because he was seriously afraid her mother would take his manhood if he tried. What happens when Jayce gets the blessing of Mama Dupree—and the perfect setting to act out his desires?

The drive into the wild Texas landscape intrigued Jayce. Oh, he’d been on road trips plenty of times since moving back to Laurea four years earlier, but this was the first time he’d been with a woman like Abigail. She intrigued him on a level he couldn’t explain, always had. She was totally off limits, being his best friend’s sister, but she was easily the most unconsciously sexy woman he’d ever met. Hell, there was no other woman like Abigail. Not for him. There never had been.
She liked to hide behind her severe bun and glasses, but he was grateful to whoever in the world invented blue jeans. Abigail filled hers out finer than any woman had a right to. That luscious ass flared dramatically from a tiny waist, and those jeans hugged her thighs and that magnificent ass lovingly. The seat belt nestled snugly between full breasts and across lush hips. For the first time since his move back from Maine, he was thankful for the late autumn heat. Abigail’s shirt was sleeveless and low cut, and she had the sexiest arms he’d ever seen on a woman. They weren’t slender, but they were shapely and just well formed overall. He had the sudden urge to find out what they would feel like wrapped around his body, holding him to her. And he refused to think about those lush breasts. They were definitely more than a handful, and he was a tit man. And an ass man. Hell, he was about anything attached to Abigail. She was perfect. Absolutely perfect.
He bit back a groan and shifted in his seat uncomfortably.
“Everything all right?” Her voice was quiet and soothing. He could listen to her speak all day. What would that voice sound like crying out in passion? What would it sound like calling his name as he thrust into that lush, curvy body until they were both sated and sleepy?
Oh God.
“Perfectly. How much farther?” He had to clear his throat to keep from squeaking his response.
“Not far. Maybe another half hour.” She adjusted her grip on the steering wheel and drove on in silence. Jayce didn’t know if it was better for her to ignore him, like she’d been doing, or try to carry on a conversation with him. When she did nothing, he was left with his wayward thoughts. When she spoke, those same thoughts were worse.
Damn, he hoped they reached their destination soon. The sooner she got them there, the sooner he would have the protection of his best friend. Okay, so protection wasn’t the right word. More like he’d have the sobering thought that the little minx he was lusting over was the little sister of the man standing next to him. That would serve as a reminder of just how deadly Martin was. The man could kill with little effort and, this deep in the wilderness of the untamed part of Texas, his body might never be found.
Nope. Thinking about that wasn’t working either. Jayce had the feeling that a night of passion with little Abigail would be worth any amount of torture, mutilation, and certain death her brothers could dish out.
By the time they drove up the winding gravel driveway, Jayce knew there was no way he could walk straight without adjusting himself. Even then, it was going to be hard.
No pun intended.