With football season approaching, I couldn't help myself. :) 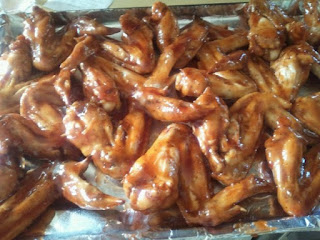 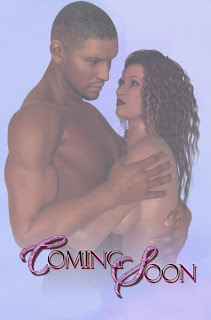 "It's not like you thought I was a virgin," I said, raising an eyebrow at Dak. "You fucked me hard before you turned me loose in the Outlands. Did you think I'd suddenly reverted or something?"
"I-- no! I just wasn't expecting you to take to any of this without some kind of persuasion."
"And you don't think pleasure is it's own persuasion?"
Now, he gave me a lopsided grin as he stood. "Depends on the one providing the pleasure. You offering?"
In answer, I grasped Talon's cock. Never taking my eyes from Dak, I eased Talon's cock into my mouth until the head hit the back of my throat.
"Fuck," Dak whispered, jerking his pants down and moving beside Talon to offer me his cock.
I sucked him several strokes before I let him slide from my mouth. "What makes you think I'm going to suck you too?" I asked, grinning at him. "You doubt my sexual mojo even after sampling me. Why should I reward your doubt with another taste?" Before he could answer, I sat back, tapping my finger on my chin. "Maybe I'm just not your type."
Talon growled and guided me back to his waiting dick. With a grin, I enveloped him again, my eyes on Dak. Talon's fingers tunneled through my hair, guiding me as he moved. "So fucking good…" he rasped. "Hot. Wet."
Dak growled, his expression changing from bemusement to determination. "I saw her first," he muttered. "Hand picked her." He batted Talon's hands from my hair. Thankfully, Talon didn't try to use me as an instrument of tug-of-war and released me. Even if it was with a snarl at Dak.
I chuckled as I swallowed Dak's member, his salty essence mingling with Talon's. I had to admit, this was not at all unpleasant. Two men who acted as if they had to have me was heady in the extreme. It had been fun with Magenta, but the three of them had been working out issues among themselves. I was merely a useful tool in their arsenal.
Now I had two men, one I was totally infatuated with, one I'd fucked my way to ecstasy with not half a day ago. I knew both men loved what I could do with -- and to --  them and knew they'd see to it I enjoyed myself as well. It all combined to make the act that much more enjoyable. Hotter.
"Mmmm," I hummed around Dak's cock, moving my mouth on him as I jacked him with my hand. I still pumped Talon with my other hand, not letting him go. Despite Dak's hold on my hair, I pulled away to give Talon another suck, licking and slurping as I went.
"Delicious," I groaned as I switched back to Dak.
Over and over I did this. Until finally, Dak got impatient.
"Here," he offered me his cock while Talon was still deep in my throat. "Lick us both." Talon hissed in a breath, but grunted his assent, his cock twitching like a son of a bitch as he pulled out of my mouth.
I opened my mouth wide, sticking out my tongue for them to lay their dicks where they would. No way I could take them both, but I loved this experimenting and teasing. Both cocks resting side by side on my wet tongue was such a sight. Both large and veined. Talon's slightly darker and wider than Dak's. Dak's thinner but longer. Both men urged me to continue stroking, their cock heads directly on my tongue.
I could make them come like this. I knew I could. Already, Dak was on the verge. I could tell by the way his balls drew up tight and sweat dotted his skin. He'd removed his shirt and unlaced his breeches to push them half way down his thighs. I itched to explore his body like I had Talon's. I itched to explore Talon's once more. Two powerful males with powerful bodies. All for my pleasure.
Or there's.
Whatever.
With a wicked gleam in my eye, I enveloped the tip of both of them. One cock resting on top the other. Both men groaned. Talon thrust slightly, gliding over Dak and deeper into my mouth. I pulled back, knowing I'd end up hurting one or both of them if we continued.
"I want you both," I said, sitting back. "Inside my pussy." With a grin, I added. "Now."


I didn't even get the last word out before Dak plucked me from the floor before them and moved to lay me on the bed. I sucked at the skin of his neck while he gently settled me down. I suspected he took extra time just to keep me touching him. His heart pounded. Nearly as hard as my own. Two men I was deeply attracted to were about to do wicked things to my body. If I'd known this was what had been in store for me when I'd been sentenced to exile, I'd have gladly stripped and paraded myself around the whole goddamned city with a smile and a fucking princess wave.
at 02:30 No comments: 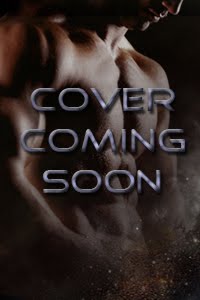 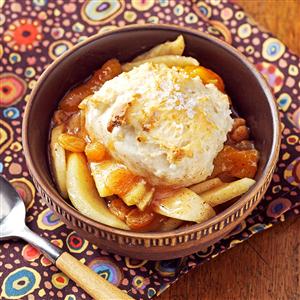 Directions
1. In a large saucepan combine the sugar, cinnamon, salt, nutmeg and 1-3/4 cups water. Bring to a boil. Stir in the apples, raisins, apricots and lemon juice. Return to a boil. Reduce heat; simmer, uncovered, for 10 minutes, stirring occasionally.
2. Combine cornstarch and remaining water until smooth. Stir into pan. Bring to a boil; cook and stir for 2 minutes or until thickened. Transfer to a greased 13-in. x 9-in. baking dish.
3. In a small bowl combine biscuit mix and milk just until blended. Drop by tablespoonfuls onto hot apple mixture. Sprinkle with coarse sugar and lemon peel.
4. Bake at 400° for 15-20 minutes or until topping is golden brown. Serve warm with whipped cream. Yield: 12 servings.