I've been working on this for a while, and to say the story has grown a soul of its own is a vast understatement. It's turning into the most involved story I've eve done.

GLADIATOR WOLF (as it's currently titled) is in the works for this fall. I'd hoped to have it done by the end of the summer, but even if I get it finished by the end of August, it will take some time to get edited and proofed before release.

I've just finished an intense sex scene and, to celebrate, I thought I'd give you a little taste of the tale that has become my personal obsession since its conception back in March. 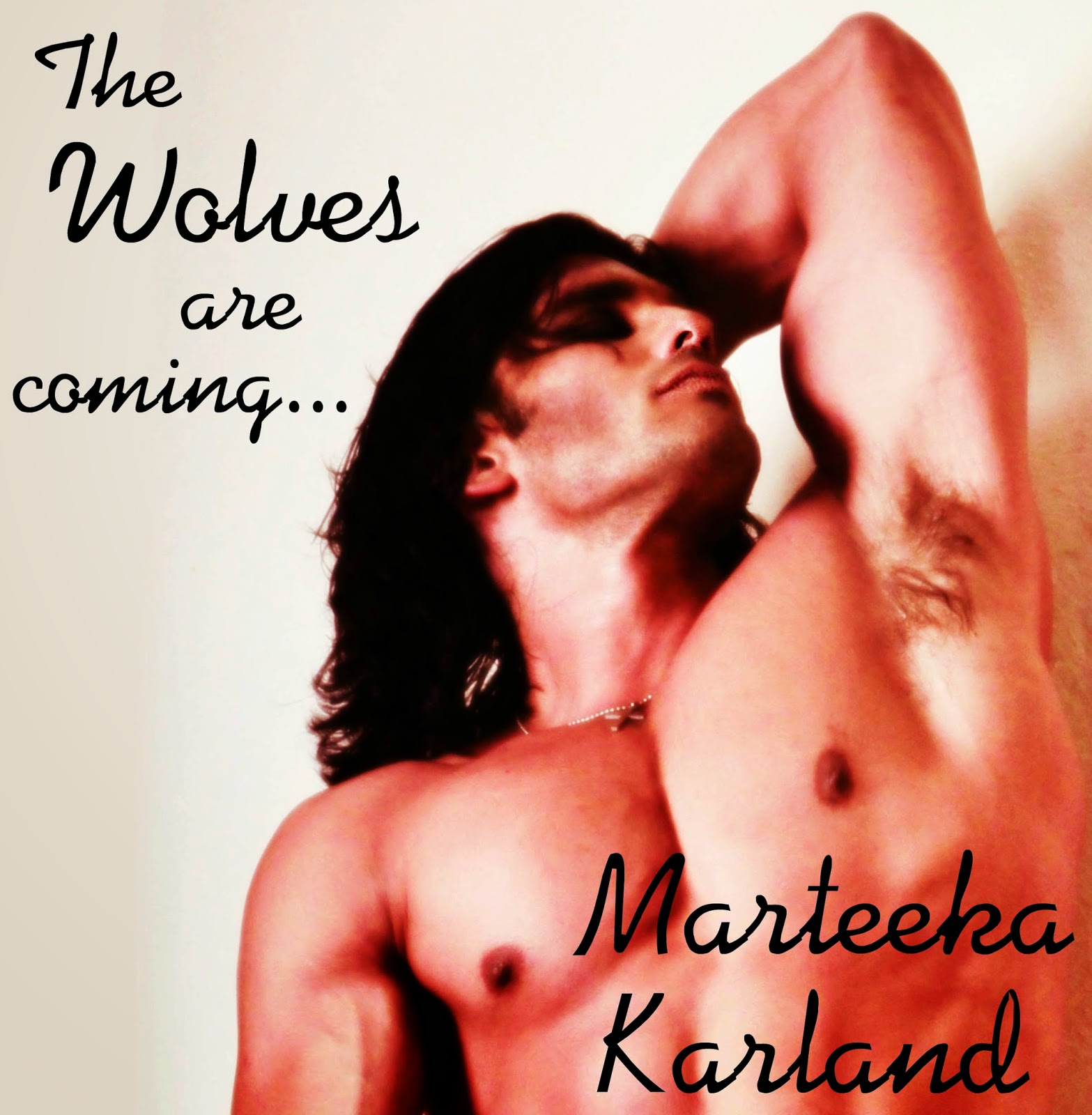 Plundering her mouth, he slid his tongue inside, taking what she was too stunned to refuse. Miranda trembled beneath his touch, her hands tightening on his wrist and arm. She tried to kick out at him, but he only pressed his body harder against hers, trapping her tightly against the wall. Her fear was a bitter taste, but it was better than letting others think he was at her disposal instead of the other way around. Little whimpers escaped her throat, another bitter taste. Brandwulfr found he wanted this woman whimpering with need, not terror or – worse -- disgust. The thought bewildered him. For a man who was never indecisive, who always knew his course of action, this feeling of indecision was maddening.

Against his will, he softened the kiss, coaxing rather than taking. It wasn't the smartest thing he'd ever done, but he seemed unable to do otherwise. Before he knew it, he'd loosened his hold on her neck, turning it into more of a caress than a restraint. He knew the moment everything changed for her. Her body still trembled, she still whimpered, but she met the thrust of his tongue with a tentative stroke. In that instant, Brandwolfr knew he'd have Miranda for his own. He inhaled, taking her scent deeply into his lungs, secure in the knowledge there was nowhere she could go that he couldn't find her. She might be the daughter of his enemy, but she would be his.

As he ended the kiss, Brandwulfr held her gaze, her eyes were slightly glazed but wary. Her gaze flickered from his eyes to his lips as if she wanted more, but her attention was immediately back on his eyes and her face flamed. Again, fear poured off her in waves, the scent turning from the sweet scent of budding arousal to the bitter taint of fear.

"Why did you do that?" Her question was asked so softly, Brandwulfr was certain even the shifters near by couldn't hear her. It was almost as if she didn't realize she'd actually spoken. Everything in him ached to be gentle with her, screamed at him that she wasn't like him and needed him to be tender, careful. Unfortunately the situation dictated otherwise. He couldn't show weakness, couldn't afford to actually care about her.

"You see all those men watching you? The ones in this cell and the ones across the corridor? Nearly every cell in this place is connected by tunnels. The second I leave you or turn my back, every man here will be after you. And without my protection, they will get you. Do you know what they'd do to you?"

"I have a pretty good idea," she muttered. She shook violently now, her body quivering against his with equal parts fear and arousal. That feminine scent of need called to Brandwulfr on a primal level, one that was nearly impossible to deny, her fear feeding her arousal in a sickening twist of adrenaline. If he were going to get them both out of here alive, he had to ignore it.

"Now, kiss me again or you won't have my protection."

"I will not!" Her outrage was clear, though he could still scent her arousal. "I will not be bullied into being your whore!"

"The only way you're going to live long enough to make good your promise to help these men is for everyone here to think you're my woman. The only way for them to think that is for you to kiss me. Or I could fuck you right here," he sneered. "Stake my claim in a graphic display that would make sure they didn't dare touch you. Your choice, but I don't normally like to display my sexual prowess for an audience." Wide eyed, Miranda shook her head, a silent denial, her face going pale. "Now, this time, I suggest you kiss me back. And you better kiss me like you mean it."

When he dipped his head to hers this time, she met him eagerly, her mouth opened to receive his kiss. With a groan, Brandwulfr gave himself up to the pleasure. Just for a moment. The soft silk of her tongue sliding against his felt like heaven. Where before she'd been stiff and tentative, now she met his tongue almost eagerly thrust for thrust. She still trembled, but the longer he kissed her, the more her arousal grew until he knew the sweet scent permeated the area around them. Every shifter in the area would know she wanted him. With the public display of kissing her in that cell -- and the fact that she was a willing participant -- Brandwulfr was confident no one would dare approach her to do her harm if he had to leave her side. At least not immediately.

He prolonged the kiss; it was too enjoyable not too. The hand circling her throat slid to her breast and cupped gently, his thumb feathering the nipple through the silk she wore. What would she do if he kissed his way down her neck to suck that peak into his mouth? Would she let him? Would she arch to meet him?

Just as the thought crossed his mind, she stiffened, then bit his lip. Hard. To everyone around them, it would merely look as if he'd pulled back from her, ending his show of ownership instead of her rejecting him. In reality, she'd surprised him, her unexpected response to him taking things further than she'd expected oddly arousing. Any she-wolf he'd ever known would have had much the same reaction.

"So, the little human has fangs of her own." She flushed at his observation, apparently not liking being compared to the creatures her father owned. He didn't back out of her personal space though, his body still firmly pressed against hers, his swelling cock pulsing lazily against her soft belly.

"You said I had to kiss you. You didn't say anything about letting you grope me." Despite her angry words, there was fear in her lovely eyes. And, gods help him, something in him needed to back off. Both their lives could very well depend on him being the cold hearted bastard everyone thought he was, but the thought of scarring her made his chest tighten uncomfortably.

"True," he responded, backing off slowly, leisurely. "For now. But make no mistake. Should it become necessary to do more, you will do what I demand."

A spark of temper flared in that expressive face of hers. "You won't bully me into accepting your advances, no matter how dire the situation."

"Because I'm an animal?" His hand was back at her throat, pressing her into the wall once more. "I guarantee you I’m less of an animal than your father. I’m not needlessly cruel nor do I rip children from their mother's arms to sell to the highest bidder. I kill. Quickly. Not slowly, using the hand of another for the sport of the act."

Had she flushed? She certainly turned away, not meeting his gaze so boldly and proudly. The act told him much about the woman before him. Perhaps she was worth saving.

"Because what you're trying to take should be given. Not stolen." Her voice was a mere thread of sound, but it penetrated his being like the sharpest sword. He shouldn't care that she was right, shouldn't care about anything other than the end result. But he did.
at 09:56