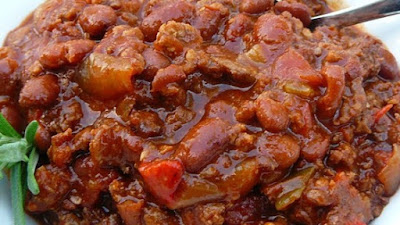 Heat a large stock pot over medium-high heat. Crumble the ground chuck and sausage into the hot pan, and cook until evenly browned. Drain off excess grease.

After 2 hours, taste, and adjust salt, pepper, and chili powder if necessary. The longer the chili simmers, the better it will taste. Remove from heat and serve, or refrigerate, and serve the next day.


To serve, ladle into bowls, and top with corn chips and shredded Cheddar cheese.

What better to go with tailgate chili than FOOTBALL? 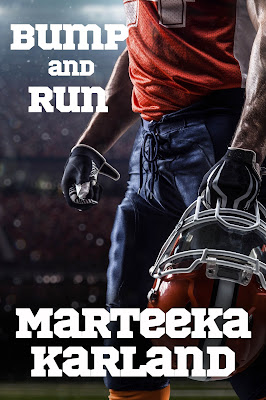 As she approached her car, she saw the silhouette of a man leaning casually against the side as if he owned the vehicle. She slowed, wondering if she should go back into the stadium. Surely one of the guys would still be inside. Note to self: have one of the guys escort her to her car after dark from now on.
“I’d about given up on you.” The familiar voice of Jessie Wymann slid over her like warm honey.
“You nearly gave me a heart attack, Jessie! What are you doing here?”
“Waiting on you.” He stood, his full height for the first time a little imposing. God, he smelled good! Even from a distance the intoxicating scent of clean man overwhelmed her good sense. All she wanted to do was cross the scant distance and wrap her body around his until she melted into him.
She swallowed. “On me?”
“Who else would I be waiting on?”
“I suppose any woman within a hundred-mile radius? It’s not like you’re starved for company.”
His deep chuckle made her stomach do a little flip and, to her utter astonishment, her sex clenched in want. “Well, they’re not here. But you are.” He reached out a hand to her. “Come with me, Willa.”
There were a million reasons why this was a very bad idea, not the least of which was her internship with the team. If it was found out she was fraternizing with the players, she’d be kicked out of the program for sure. Unfortunately, she found herself stepping toward him, taking his hand, and going with him to his car.
He opened the door and held her hand until she was inside. As she fastened her seatbelt, he shut the door before walking to his side and getting in. Starting the engine of the sleek sports car he said, “Are you afraid?”
Was she? “Should I be?”
Waiting until she turned to him, Jessie said, “Absolutely. I’m a dangerous man on and off the field.”
Willa fought a grin, but lost. “I’m not afraid of you that way. I’m a psychologist, remember? You’d never hurt me physically.”
“You’re right about that. But I might chain you to my bed and never let you out. I might stroke that little body of yours every night. Every day. Fuck you whenever the mood strikes me, and I have a feeling that would be quite often.” That really shouldn’t have excited her. He moved closer to her with every word. Slowly. Like a predator stalking prey. “Ahhh. I think you like that idea.”
Before she could respond, he cupped her face with one of his big, calloused hands, steadying her for his kiss. Just like she’d expected, he wasn’t fierce, but gentle, even tender in his taking. Coaxing her lips apart, Jessie slid his tongue between them to lick and stroke her own. He didn’t do too much, didn’t take more than she was ready to give at the moment, but that kiss… God, the man could kiss! If it had been designed to gentle her, to soften her for whatever blow was to come later, it was working. He effectively gave her a taste of what he wanted to do to her, not showing his hand but giving her maddening glimpses as his tongue expertly petted her own until she was panting and her sex was clenching in anticipation.
at 00:30