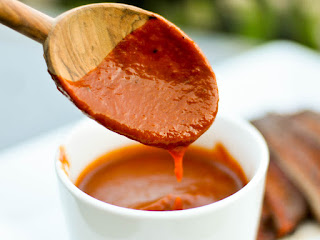 DIRECTIONS
1. Melt butter in medium saucepan over medium heat. Add onion and cook until softened, about 5 minutes. Add garlic and cook until fragrant, about 30 seconds.

3. Transfer sauce to the jar of a blender and blend until smooth. Let cool to room temperature, transfer to a jar and store in refrigerator for up to a month. 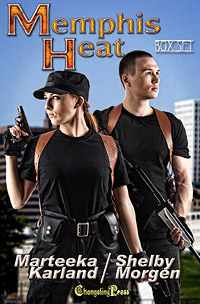 "You're a real asshole, you know that, don't you?"

"Yes, dear," Jarod answered with a suppressed chuckle in his tone.

She was going to smack him any moment now. "That. That right there. That's the reason you're paying alimony to two ex-wives. Fuck you and your yes, dear. I've had shorter dry spells between engagements. I. Need. To. Fuck. Now!"

Belle squirmed in her chair, practically grinding her pussy against the worn upholstery. "No shit. What gave it away?"

"Told you not to come. ADD and stakeouts don't go well together."

She pointed the butt of her service revolver at him, resisting the urge to throw it. "Somebody has to watch your back. Besides. You used to be better at keeping me distracted."

A sideways grin quirked his face. "We used to have... interesting... ways of keeping ourselves entertained, didn't we? Not exactly professional, but..."

"Used to being the operative phrase here. What the hell is wrong with you, anyway?"

"Wrong with me? I got shot, remember?"

As if she could forget. "Yeah. And by all reports you should have died. But you didn't. And ever since you've been treating me like..."

He attempted to look offended at that. Nearly pulled it off. Professional, my ass. "We were a hell of a lot more than just partners, Jarod. You can't deny that."

"Yeah, well, maybe if I'd been acting a little more like a cop and a lot less like your lover, we wouldn't have been in a position where you could have gotten killed." The bitterness in his tone surprised her.

She kept her voice low and steady, bottling up the frustrated anger that threatened to overwhelm her. "I wasn't the one who got shot, Jarod."

Binoculars focused on the dilapidated warehouse across the street, he didn't even glance her way. "Go ahead."

Did he think she wouldn't? Staring at Jarod's lovely backside, Belle unzipped her jeans and shimmied them down her hips enough to give herself access to her pussy lips. It was his own fault. He was tall, handsome, built and reasonably single, if you didn't count the excess baggage, but she still might have resisted -- if he didn't smell like liquid sex poured into a cop suit. She wanted to reach over, undo his belt, and suck his cock right down to the root. Then they'd see how professional he could be. Fuckhead.

With that thought Belle kicked the jeans the rest of the way off and switched the baton around so the handle lined up with her pussy. With one thrust she impaled herself right down to the crossbar.

Fucker. If he didn't get off on that, he was gay.

"Shit, Belle! What the hell are you doing?"

"We're undercover. Normal people do not sit in sleazy, run-down motels next to vacant buildings for hours at a time and stare at locked doors. Only reason to be here is to fuck."

He yanked her head back, and his mouth found hers in a jaw-breaking kiss before he broke away, pushing her back. "You wanna play? Fine. Your turn to watch the Russians." He pulled her closer and spun her around. She braced her hands on the dirty plate glass window...
at 02:00